How Does Setting Create Atmosphere? Where It All Happens 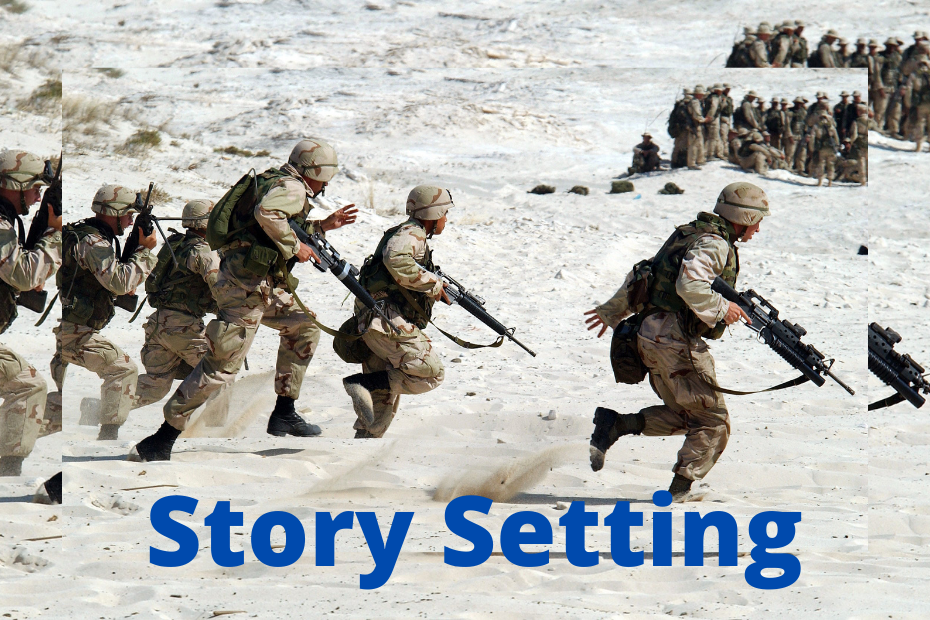 Setting is the most important part of a novel. It is what tells readers where and when the story takes place, who lives there and how they live their lives.

A good setting can make a great book even better. This post talks about how to write an excellent setting for your novel.

Setting descriptions are important for immersing readers into your story. This is because, in a world of sensory overload and information we can never be too sure what details to include.

But when it comes down to describing setting, you want the reader to feel like they’re with your characters as if nothing else matters but them being there at that moment experiencing life through their senses.

The sights, sounds, smells, feelings, textures, tastes, colors – all play an integral part in painting this picture, so don’t skimp on these things. The setting is where your novel will succeed – just do it!

Video – What is novel setting?

The setting plays an important part in any story. There are three questions to ask when describing the scene:

The first question that comes up when writing about settings in stories is context – what exactly is going on here?

Why do these characters care at all about what they see around them right now, if nothing else was happening at the time of their lives or during the events of our tale?

The protagonist might be confused by her surroundings because she has never seen such luxury as before; maybe he hero feels more confident with his poverty-stricken youth background because he knows what it is like to be hungry and have nothing.

In other words, the context of a setting can define who we are inside that place – what our reactions might be when confronted with this new environment or situation for which they themselves may not know how exactly they should react, because something has never happened like this before in their lives.

How to write a short story setting?

The setting of a story is the environment, time period or location described in detail. A good writer will use their descriptions to build atmosphere and set mood for readers by choosing adjectives that evoke emotions, judging one’s perceptions from his character based on what he has seen so far during this journey (or life experience).

Telling a story is about more than just what happens. It’s also about where and when those events happen. It can be set in the present or past, in real places or imaginary ones, but wherever you choose to inject your narrative with life, setting plays an important role.

How to create atmosphere and mood

The social context of that place and time are crucial pieces for understanding the world around us as well as people’s interactions within their society. They tell us how they live their day-to-day lives.

A story might take place during The Great Depression, which happened in 1930s California (that means all 14 years between 1929 – 1943), or on New York City streets from 1980 onwards, or at some point during Korea history during the 12th Century. Or maybe in the future on a planet covered in ice!

What if the setting could change your perspective?

In a desert, you might feel like no one cares about you. You’re surrounded by sand and rocks for miles on end with very little greenery in sight.

But at times of reflection when we find our innermost thoughts to be so powerful that it feels as though they’re bursting forth from us onto those around us, these “boring” places can become much more than just an innocuous backdrop.

They take on meaning themselves, because everything starts to reflect back what’s inside the characters.

The flat land becomes this vast expanse where all possibilities lie open before the main character, who sees her life through new lenses thanks to how different their surroundings are now compared what was once familiar territory.

And the rocks and sand become this sort of comforting, safe anchor during a time when the protagonist is feeling lost.

The desert setting creates an atmosphere that reflects how desolate it feels to be alone in such vastness without anything but your thoughts for company.

The desert might represent or symbolize the absence of caring people and lack of growth in her life. When she moves to a new environment, it’s full with colors and living things that symbolizes an improved state if her life.

How to write story setting?

Symbolism is often employed by writers through physical settings, such as deserts, which may stand for the idea of there being no one who cares about you while green spaces could signify something different like renewal or hope.

The social context is a reflection of what the people in that time and place consider to be normal. It’s best observed when it comes to customs and assumptions which are made at this specific moment as well as through implications drawn from these actions about how one should act or feel otherwise they would not follow such norms.

An understanding of social context can help us understand why certain things happen, but also might provide insight on events happening today, because human nature has been around for so long without much change over time.

The desert is hot and lonely, especially when you are lost. But the main character doesn’t give up hope as she seeks for a way out of this barren wasteland that so many others before her have given in to, including herself.

Her determination eventually leads to an important discovery: not only can one escape from any situation they’re faced with, but also make their own happiness within it regardless of how bleak things may appear at first glance

The author’s mood changes based on what he or she wants the reader feeling throughout his or her story – fearful emotions such as despair reign supreme during moments where we see our heroine struggling against insurmountable odds while displaying feelings like love, joy, peace prevail during scenes showing triumphs over adversity.

How to start a story setting?

The setting of a story can create the mood and feel that an author is trying to convey. It’s important for readers to understand how different settings affect stories, because they have control over their own life narratives.

For example, if you’re feeling sad or isolated right now then it might be time to get out into nature where there are other people around instead.

When you’re creating a story, it’s important to think about how the setting will have an impact on your book.

Setting the right atmosphere is crucial to creative writing

You need to decide whether or not each location in every scene is integral simply based off of what happens there and if so, then that should determine how much time you spend describing their appearances.

For example – some scenes may be better set at night than during daytime due to nature causing different effects and changes within those times of day (ex: sunsets are more romantic).

When describing the setting of your story, it’s important to ask yourself what kind of mood this scene will set.

So for example in a romantic comedy during an oncoming storm outside, two lovers could sit and watch as they wait out the rain together – that would be very atmospheric.

If you’re telling about being at sea with no land in sight then things are not quite so relaxing!

How to write a story setting description?

When choosing the setting for a scene, it is important to consider what mood you want your reader and characters to feel. Sometimes there are too many descriptions or not enough in order make clear where the story’s taking place.

But if an original character doesn’t know where they’re at, that can be okay as well because then neither does the reader.

However when readers do have some understanding of their whereabouts, such as early on into reading a passage about any given location-especially one with heavy implications like deep wilderness.

Every detail should reflect this knowledge: both before and after traveling somewhere new; even though we don’t always see them outside together

When making decisions based off how much information you wish give out regarding certain scenes’ settings – especially ones with heavy implications like deep wilderness – consider the following.

How to write a good story setting?

What are you trying to accomplish?

What mood do they set-or what is their function in terms of plot progression and character development?

How would this scene be different if it were taking place elsewhere, or an entirely new location was introduced at any point during its course without warning?

How does your word choice evoke a particular tone for these scenes’ setting that could change how readers feel about certain events happening within them?

Is there anything else I should put more emphasis on while describing such settings so as not gloss over necessary details from earlier passages?

How does setting create tension?

One of the most powerful ways to create tension in your story is by placing characters in unfamiliar settings. This disruption can be subtle, like a character who has never left their small town visiting NYC for the first time; or it could be more overt and visceral, like a group on survivors stranded at sea following an apocalypse.

How does setting affect the story?

The time and place where a scene occurs is often used to set the mood, influence how characters behave, affect dialog or foreshadow events. A setting can also reflect society in which people live or play an important role in the story itself.

What makes a good setting description?

Your setting descriptions should give readers a better idea of the world your characters inhabit. This can include more than just listing off facts for them to take in, like if you have an active or hostile environment that interacts with aspects other then people and settings too. If there’s a factory nearby, don’t just tell the reader what it smells like—describe how this changes things such as sky coloration or even character interactions!

Other resources relating to How Does Setting Create Atmosphere:

How to Create Atmosphere and Mood in Writing

How Does Setting Create Atmosphere? Where It All Happens

Five things: creating an atmosphere in your writing